Welcome to our website! We are a local chartered chapter of the Vietnam Veterans of America, Inc. (VVA), which is a national Vietnam Veterans service organization, and that is sanctioned and chartered by the U. S. Congress. There are over 650 VVA Chapters and 48 State councils across the country, with over 85,000 individual members. The VVA membership includes Vietnam Veterans from all branches of the Armed Services and include the Army, Navy, Marines, Air Force, and Coast Guard.

who live in Harrodsburg, Kentucky. The chapter was officially formed in July 2014. The

chapter was officially formed  in December 2014. Its current membership size

is 48+ members. Home base for the chapter is Harrodsburg, Kentucky, with many of its

The National VVA organization was founded  in 1978. The Vietnam Veterans of America is the only  organization

congressionally chartered and exclusively  dedicated to Vietnam Era Veterans and their families. VVA is organized

as a not-for-profit corporation and is tax-exempt under Section 501-(c) (19) of the Internal Revenue Service Code.

The V V A's  Founding Principle Is:        "Never again will one generation of veterans abandon another."

The V V A's goals are to promote and support the full range of issues important  to Vietnam Veterans, to create a

new identity  for this generation of Veterans, and to change public perception of the Vietnam Veteran.

Our meetings are held at 6:00pm at the Mercer County Health Department, 900 North College Street, Harrods-

burg, Kentucky on the Second (2nd) Monday of each month

Come to the next meeting. Share your ideas, continue the tradition and help build our legacy.

Our Soldiers, Sailors, Airmen , Marines and Coast Guardsman stand in harm's way around the globe to

defend our nation and our cherished liberties. VVA  Chapter 1104 asks you to please support them in any way

Two American advisors were killed on July 8, 1959. Although 1959 is marked as the beginning of the war

on Panel 1, East wall, The first American solder killed in the Vietnam War was Air Force T-Sgt. Richard B.

He is listed by the U. S. Department of Defense as having a casualty date of June 8, 1956. His name was

The last casualties in connection with the war occurred on May 15, 1975, during the Mayaquez incident. With the addition of four names added on May 5, 2009 the total is now 58,479 names listed on the WALL.

Approximately 2.7 million Americans served in the war zone; 300,000 were wounded and approximately 75,000

Officially there are still over 1870 Americans unaccounted for from South East Asia. Approximately 1200 of these

are listed as missing (MIA,s, POW's, and others).

Vietnam was a savage war, in your face war where death could and did strike from anywhere with absolutely no

warning. The brave young men and women who fought that war paid an awful price of blood, pain and suffering. As it

we could to salvage something positive from the legacy of the Vietnam War. We also knew that we needed to salvage

something from our own Vietnam experiences.

the demons of so long ago that still influence our lives.

We wanted to use what we learned from our wartime experiences to help other people. If you participated in any way over the past years to help achieve that goal, then you are truly a "Hero" in every sense of the word.

"Never again will one generation of Veterans abandon another" 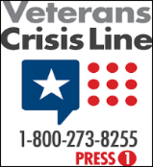 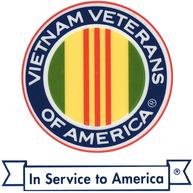 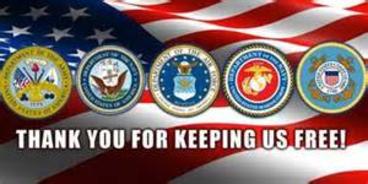 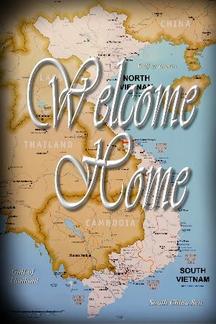 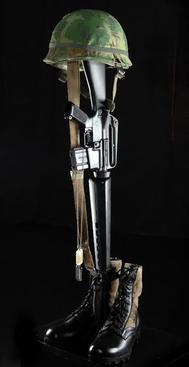